Papercutz is a leading and pioneering Kids comics publisher with major licensed properties and highly reviewed new series, from brand new creative series like THE QUEEN'S FAVORITE WITCH and SCHOOL FOR EXTRATERRESTRIAL GIRLS to international classics like our re-launch of ASTERIX and THE SMURFS! Click "website" to see our special Brooklyn Book Festival page!

An imprint of Amazon Publishing, Little A publishes conversation-sparking books that connect readers of fiction and nonfiction. From compelling novels to riveting memoirs, Little A publishes titles that challenge and excite. Our partner imprint, TOPPLE Books embraces the spirit of revolution and publishes extraordinary stories from nonbinary and queer authors.

Christina Blake's debut novel, Sapphire and Planet Zero, was released when she was 17 years old. Since then she has been invited to speak at several conferences and even a tv interview with Access Framingham. Blake is also a graduate of Stony Brook Southhampton's Children's Literature and Fellows Program.

Independent publisher of political non-fiction, world literature, and other works of the radical imagination.

Established in 2010, the Empire State Editions imprint from Fordham University Press publishes award-winning books that highlight the diversity, vitality, and rich history of New York City and the Hudson Valley.

Since 1974, McPherson & Company has been publishing adventurous writers of fiction (American and British, as well as translations from Spanish, French, and Italian) and non-fiction (film-making, art theory, biography, memoir, music, performance art, and ethnography). High quality, well designed, award-winning books for adventurous readers. We also have a killer T-shirt. And our sister company, […]

The Paris Review is a literary arts non-profit with a twofold mission: promote public appreciation of excellence in the literary and visual arts and foster the development of creative individuals as writers and artists. To these ends, we publish and promote established and emerging voices in our 67-year-running journal, as well as a growing multimedia […] Jodi Dee Publishing proudly focuses on publishing quality, meaningful and relevant content for education, social and emotional development, self-love, self improvement and empowerment. In under 24 months, all published titles have received multiple awards in multiple categories and raving 5 star reviews by educators and parents worldwide! In addition, LETRS®, a division of Voyager Sopris, […]

The New York Review of Books

The New York Review of Books has served as a forum for the most interesting and qualified minds of our time to discuss current books and issues in depth. The Review began life as an independent voice, and it remains independent today.

Red Hen Press seeks to discover and publish works of literary excellence, support diversity in a creative industry, promote literacy in our local schools, and serve as a hub for literary events and enrichment. We are a community of readers and writers who are actively engaged in the essential human practice known as literature. From the start, our ambition has always been to create resonant, unexpected, collectible picture books. And over the years we’ve demonstrated we can recognize and develop irresistibly unique projects; from rejuvenating timeless properties in the public domain, to marrying cutting edge author and illustrator collaborators.

Since 1971, Ploughshares has cultivated the freshest voices in contemporary American literature, and now provides readers with thoughtful and entertaining writing. Our award-winning literary journal is published four times a year; our lively literary blog publishes daily. Find out why the New York Times named Ploughshares “the Triton among minnows.” OR Books is a new type of publishing company. It embraces progressive change in politics, culture, and the way we do business. To avoid the waste of unsold stock and returns, we produce our books print-on-demand and sell them direct to our customers at www.orbooks.com.

Rutgers University Press is a publisher dedicated to the advancement and dissemination of knowledge to scholars, students, and the general public.

Sisters in Crime was founded in 1986 to promote the advancement of women crime writers. Today, the organization boasts 4,200 members and more than 60 chapters worldwide. The New York/TriState Chapter welcomes everyone! We're an inclusive community for all who write and love crime fiction, mystery, thrillers, and suspense. Turtle Point Press is an independent publisher distinguished by books of exceptional literary content and elegant design. The Press has been delighting writers and readers with new fiction, literary nonfiction, poetry, memoirs, works in translation, and rediscovered classics for over thirty years.

Whisk(e)y Tit is committed to restoring degradation and degeneracyto the literary arts. We work with authors who are unwilling tosacrifice intellectual rigor, unrelenting playfulness, and visual beautyin our literary pursuits, often leading to texts that would otherwisebe abandoned in today’s largely homogenized literary landscape. In a world governed by idiocy, our commitment to these principles […]

The Women’s National Book Association was founded in 1917 by female booksellers who weren’t allowed to join men’s organizations. A century later, the WNBA is still supporting the book industry through literary events, networking, literacy projects, workshops, open mic nights, book clubs, and more. Our members represent every aspect of the book industry–from readers to […] 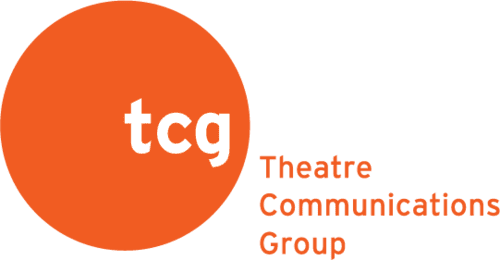 Theatre Communications Group's (TCG) mission is to lead for a just and thriving theatre ecology. TCG Books is the largest independent trade publisher of dramatic literature in North America, with 18 Pulitzer Prizes for Best Play on its book list. The book program commits to the life-long career of its playwrights, keeping all of their […]

The New School invites you to join a community of diverse writers, become part of New York City’s publishing world, and build a network of support on campus and beyond. Our prestigious MFA Creative Writing program is designed to help you develop your craft in workshops and literature seminars led by an internationally recognized faculty […] Restless Books is an independent, nonprofit publisher devoted to championing essential voices from around the world whose stories speak to us across linguistic and cultural borders. We seek extraordinary international literature for adults and young readers that feeds our restlessness: our hunger for new perspectives, passion for other cultures and languages, and eagerness to explore […]

PM Press is an independent, radical publisher of books and media to educate, entertain, and inspire. Politics, music, history, fiction, culture, art, kids, and more. We’re old enough to know what we’re doing and young enough to know what’s at stake. Join us to create a better world. 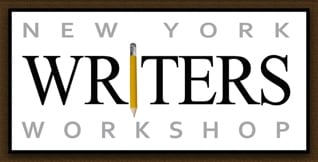 New York Writers Workshop is a nonprofit literary organization offering workshops, consultations, mentoring, to writers at any level, in the five boroughs, throughout the nation, and across the globe.

New Vessel Press is an independent publishing house devoted to fiction and narrative nonfiction from around the world. Michelle Reynoso is an award-winning YA Urban Fantasy author with books seen in over seven countries. Writer’s Digest called her work “exciting and refreshing,” and she has received praise from Kirkus Reviews, The Booklife Prize by Publishers Weekly, Reedsy Discovery, OnlineBookClub, and Readers Favorite. Find her online at www.MichelleReynoso.com.

Founded in 1946, Jewish Currents is a magazine committed to the rich tradition of thought, activism, and culture of the Jewish left.

Zephyr Press is an independent, non-profit publisher specializing in poetry in translation.

Our books, tarot and illustrations create a new perspective on gender, sacred principles, ecology, multi-dimensional views and mysticism. Expressed in a lyrical bardic style or through magical realism, the stories engage the reader to shift perception on reality. Book images are stunning and invoke the ambiance of ancient sacred texts.

An indie author specializing in the oh-so-lucrative intersection of sci-fi, mystery, and comedy!

Coach House is an independent press publishing and printing fiction, poetry, drama, and nonfiction since 1965. New Jersey native and music business professional, Akim Bryant is the author of the semi-autobiographical novels Stuck Pages Vol. 1: Exposing the Heart of a Heartbreaker and Stuck Pages, Vol. 2: The Pleasure Principle. It’s all a classic American love story seen through the eyes of a Black gay man. "Sometimes those who are heartless, […]

Akashic Books is a Brooklyn-based independent company dedicated to publishing literary fiction, crime fiction, and political nonfiction by authors who are either ignored by the mainstream, or who have no interest in working within the ever-consolidating ranks of the major corporate publishers. A worker-run collective that publishes and distributes anarchist and other radical books to expand minds and change worlds. ADELAIDE BOOKS is a New York based independent company dedicated to publishing contemporary literary fiction and creative nonfiction. Our motto is: We don't publish classics, we make classics.

C.P. Florez is a Brooklyn-born author. She has been described as a poet and an essayist with a distinct style and voice. Her provocative writing and well-crafted stories resonate with heritage and family. As an Indie writer, she has published a book of poems an a collection of short stories; a debut novel is in […]

With offices in New York, London and Amsterdam, World Editions promotes voices from around the globe by publishing books from many different countries and languages into English translation. Through our work, we aim to enhance dialogue between cultures, foster new connections, and open doors which may otherwise have remained closed.

great weather for MEDIA focuses on the unpredictable, the fearless, the bright, the dark, and the innovative. Based in New York City, we publish solo poetry collections, plus a yearly anthology of poetry and prose from writers worldwide. Anthology submissions are open from October 15 to January 15. We look forward to reading your work.

Bellevue Literary Press was founded in historic Bellevue Hospital in 2007. Named a New Yorkmagazine “Reason to Love New York” and a Powell’s Books “Favorite Small Press,” we publishaward-winning literary fiction and nonfiction at the intersection of the arts and sciences. Visit usonline at www.blpress.org. The Editorial Freelancers Association (the-efa.org) is a national organization of more than 3,000 freelance editorial specialists who can help you take your manuscript to the next level. We help writers understand the editorial process and connect them to editors through our free Member Directory and Job List.

Deep Vellum Publishing is a not-for-profit literary publisher that seeks to enhance the open exchange of ideas among cultures and to connect the world’s greatest contemporary writers with English-language readers.

Radix Media is a worker-owned printer and publisher based in Brooklyn, NY. We publish new ideas and fresh perspectives, prioritizing the voices of typically marginalized communities to get to the root of the human experience. All of our titles are edited, typeset, designed, and produced in-house.

Cambridge University Press dates from 1534 and is part of the University of Cambridge. Our mission is to unlock people's potential with the best learning and research solutions.